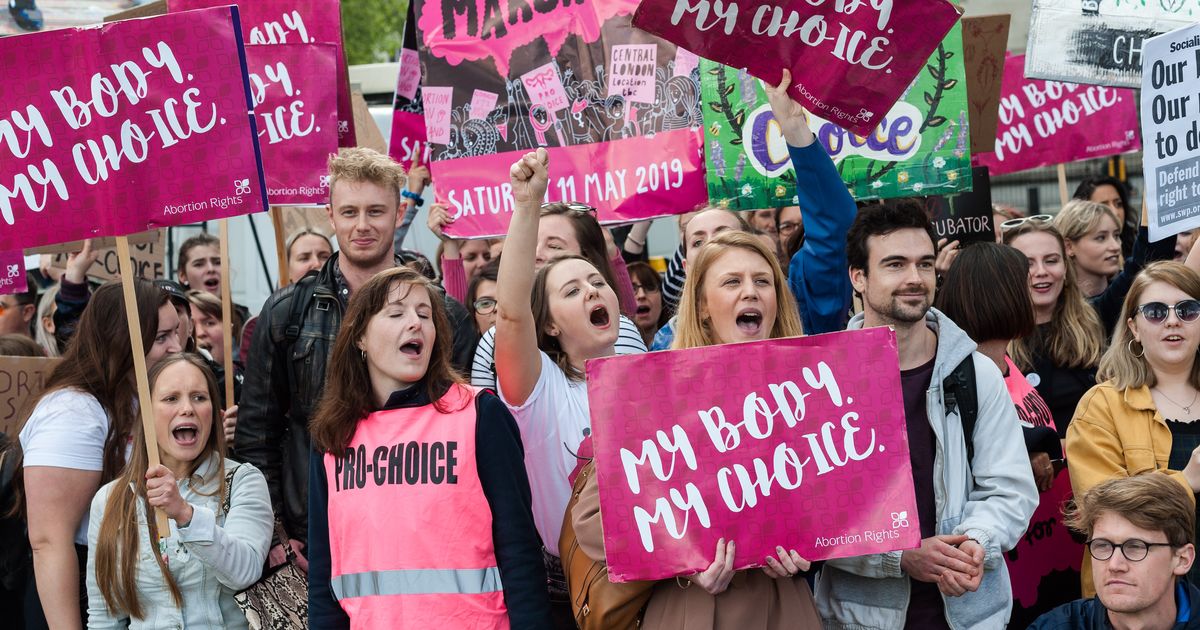 The UK is now under lockdown.

Britons are only permitted to leave their homes for food, health reasons, or work (if it’s not possible to be done from home) in a bid to slow the spread of the new coronavirus (COVID-19).

Abortion services in the UK are under considerable strain as a result of the coronavirus outbreak. Women with severe health issues who’ve been advised to self-isolate say they’re being forced to choose between risking their health by leaving their house and continuing with an unwanted pregnancy that could imperil their health, according to the British Pregnancy Advisory Service (BPAS).

A quarter of abortion clinics run by BPAS closed on Tuesday as a result of staff sickness and self-isolation, per a statement emailed to Mashable. BPAS sees 100,000 women per year for reproductive healthcare services. It estimates that at least 44,000 women will need access to abortion services over the next 13 weeks as the pandemic reaches its peak.

Currently, those seeking abortion services will need to leave their homes and travel to a clinic. For those living in areas affected by clinic closures, BPAS warns that women might need to travel “across the country for care and to mix in cramped NHS waiting rooms where distancing is impossible.” Earlier this week, the UK government published and later inexplicably retracted changes to abortion law permitting women to take both pills for early medical abortions in their own homes without needing to attend a clinic or hospital. The Department of Health and Social Care (DHSC) initially published a new guidance, stating: “The secretary of state for health and social care has approved two temporary measures in England to limit the transmission of coronavirus (COVID-19) and ensure continued access to early medical abortion services.” Five hours later, the published guidance permitting telemedicine for abortion was deleted.

Telemedicine for abortion has been recommended by evidence-based bodies such as NICE (the National Institute for Health and Care Excellence). Under English law, women must take the first of two pills required for abortion in an abortion clinic. The second pill can be taken at home between 48 and 72 hours after the first pill was taken. In Scotland and Wales, women can take both pills at home.

Dr Jonathan Lord, medical director for Marie Stopes UK, said the organisation is “horrified by the government’s U-turn, which was made with no explanation or regard for the advice of clinical experts.”

“Women are already bearing the brunt of this cruel, reckless, and irresponsible decision and being forced out of self-isolation to mix unnecessarily with others, endangering both their health and that of frontline NHS staff, at the same time as putting more pressure on a health service already stretched to the limit,” said Lord.

“We have already heard widespread reports across the NHS of women being unable to access services, leaving them extremely distressed at a time when they need care the most. If the regulations are not changed urgently, women may be left with no option but to seek care illegally and will be denied the standards of care they deserve.”

For women and girls who are immunocompromised, leaving their home to go to an abortion clinic presents a very real risk to their health. One woman told BPAS she is in a “dire situation” as she has an underlying health condition and needs to access abortion services. “I’m a high risk individual due to my previous medical history and asthma. This has left me in a dire situation and when the temporary measures came about [to enable telemedicine] I definitely saw light at the end of the tunnel,” she told BPAS. “Without provision of measures like this, I will either risk myself to COVID-19 while attempting to make my way to an appointment, have to resort to illegal practices outside of the healthcare system or keep the pregnancy for longer which is harmful both to me and the child as it grows and develops.”

Another woman told BPAS that her child has underlying health conditions and that travelling to an abortion clinic would endanger her child’s health as well as her own. “My daughter is at risk of life-threatening complications from this virus. We have been advised for some time to practice social distancing to minimise risk, it is unfair to be put in this type of position,” she told BPAS. “Given the severity of the situation and the current health advice there must be some type of provision for accessing the treatment without the need to physically attend the clinic.”

“Women are not getting the care they need”

Stella Creasy, Labour MP for Walthamstow, told Mashable we need clarity from the government at this moment of national crisis. “With the NHS under increased pressure and social distancing a priority, it’s time to do everything we can to ensure that women’s reproductive rights are not undermined during this crisis,” said Creasy. “44,000 women will need access to abortion services in the next 13 weeks and we need to make sure they can do so during lockdown.

“We need women to be able to take both sets of early medical abortion medication at home so that they do not need to take an unnecessary journey during lockdown, putting further strain on the NHS,” Creasy added, urging The Secretary of State for Health Matt Hancock to change his mind on the matter.

Ann Furedi, chief executive of BPAS, said in a statement that abortion services are already buckling and at risk of collapse.

“Women are not getting the care they need,” Furedi said. “The prime minister needs to listen and act on the scientific evidence. With the entire country shut down, why on earth are we forcing women who could safely be treated at home to travel considerable distances – including women with severe health problems who have been told to self-isolate? It is absurd, it’s reckless and it’s easily fixed.”

Reproductive healthcare professionals are calling on Boris Johnson to intervene and allow women access to telemedicine for abortion.

Dr Kate Guthrie, spokeswoman for Women on Web — which helps women who want to buy the tablets online — said they are being contacted by women who cannot leave their homes due to the pandemic. “They are desperate, and their emails are heartbreaking,” said Guthrie. “We call on the prime minister to do the right thing by women in the most desperate of circumstances and approve telemedical abortion services as a matter of urgency.”

Dr Jonathan Lord said he was concerned that the government, in backtracking on its decision, had moved away from acting on science and evidence.”We implore the government to act on science, evidence and expert clinical advice to limit the spread of COVID-19 as well as ensure continued access to abortion care, instead of reacting to extreme pressure groups who have a strong anti-woman agenda,” he said in a statement.

Mashable reached out to the DHSC for clarity but did not hear back immediately.

It’s a Travolt-off! Jimmy Fallon challenges John Travolta to do impressions of...

‘Game of Thrones’ creators are heading to Netflix

23andMe DNA test kit on sale for £50 off on Amazon

WD My Passport portable hard drives are available for under £40 on...

The most popular dating sites in the UK, just in time for...

It’s only Monday and Slack is down