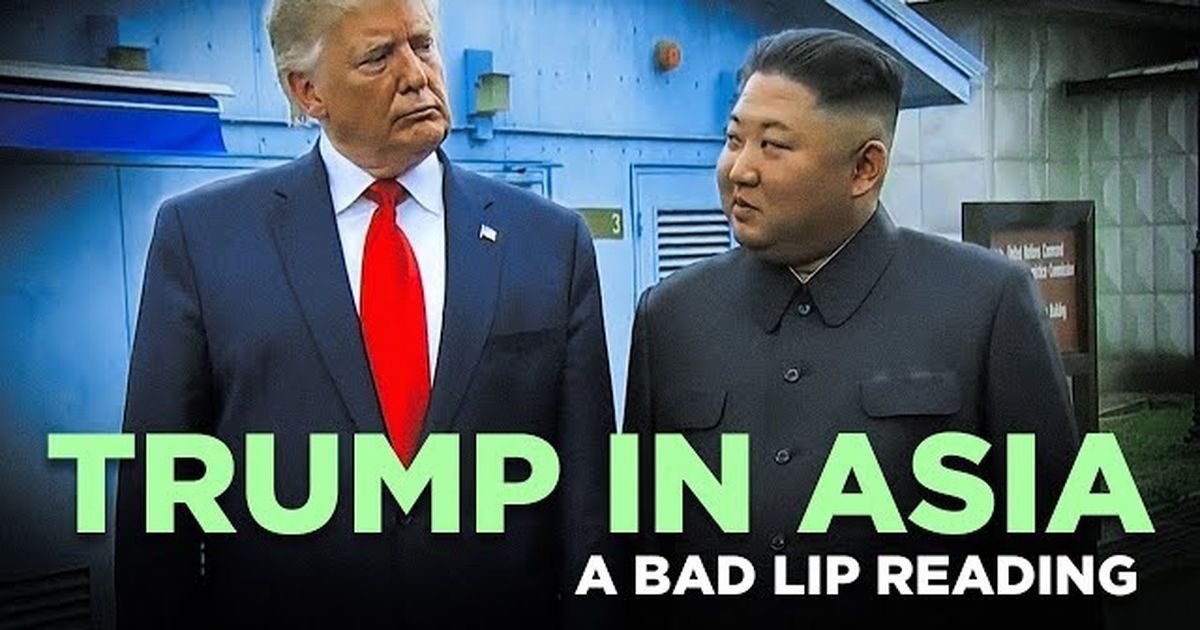 Bad Lip Reading is back with another take on Trump attempting to pal around with world leaders. This time, the YouTube channel took on the G20 summit in Japan.

While Ivanka may have awkwardly tried to insert herself into conversations at the event, Trump was really trying to bond with the other leaders by fist bumping and making off-handed jokes left and right. This lip dub imagines how he tried to accomplish that.

Quality moments include Trump telling Prime Minister of Japan, Shinzō Abe, that he does not have “herpes” when asked about his “hairpiece.” The camera also zooms in on German Chancellor Angela Merkel’s (very relatable) tired reaction after Trump goes off about starfish.

Later, Trump “walks very slowly over to the DMZ” to meet his “buddy KJ” aka Kim Jong-un.

And what lessons did Trump learn from G20? According to the parody, he learned that it can be a “bad idea to work with family” and that ketchup is “from a vegetable.” Maybe these videos are getting a little too real.

SodaStream bundle is $30 off on Amazon ahead of Prime Day

Taylor Swift opens up in Netflix documentary: ‘I became the person everyone...

Michael B. Jordan got a standing ovation from the extras after filming...

Dominic Torretto is a proud father in ‘Fast & Furious 9’ teaser

Lord Post Malone has the best day of his life at Medieval...

Elon Musk says to look for the Tesla ‘cyberpunk truck’ reveal in...

Wikipedia has only granted one takedown request. Here it is.