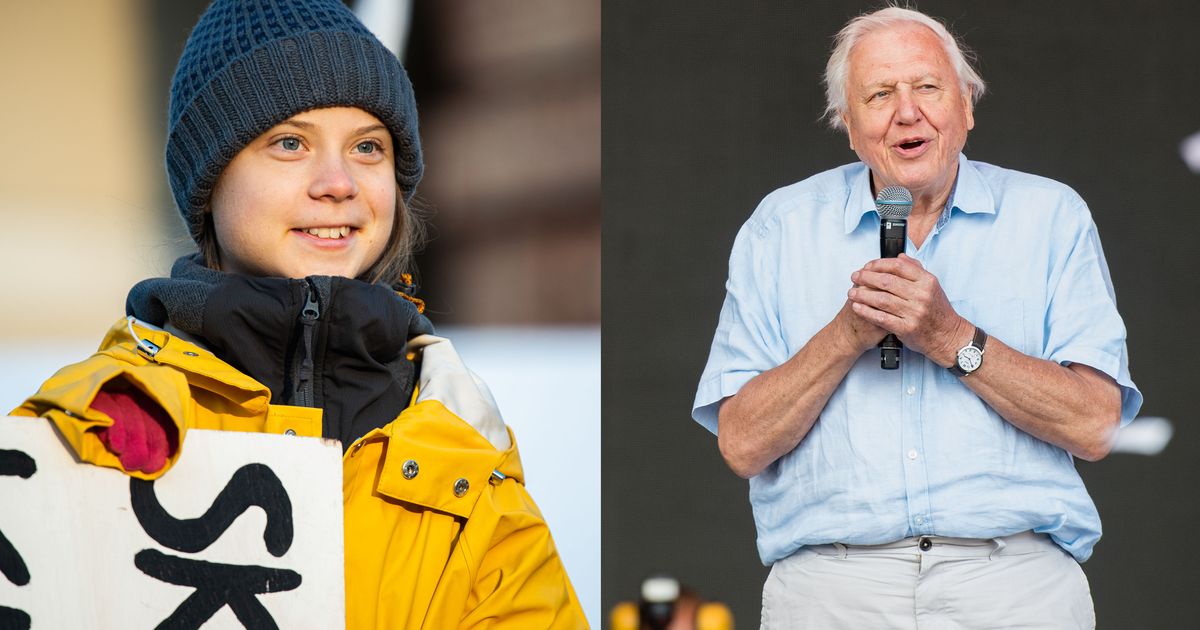 In a Skype conversation broadcast on BBC Radio 4 Today, Thunberg credited Attenborough’s documentaries as the reason she became interested in climate change. The veteran filmmaker commended the teen activist for getting the world’s attention on the global climate emergency — leading a 4-million strong climate march is just one example.

“She’s achieved things that many of us who have been working on it for 20 odd years have failed to achieve. That is you have aroused the world. I’m very grateful to you. We all are, really,” Attenborough said.

“I think everyone is grateful for you, for taking on the climate crisis and on the environmental crisis,” Thunberg replied. “I hope you understand how much difference you have made and that we are all very thankful for that. So thank you. And thank you for dedicating your life to this.”

Thunberg gave a nod to Attenborough’s long, celebrated history of documentary-making, which has primarily focused on Earth’s animal and plant life and their habitats, and indeed, the effects of climate change on our world.

“When I was younger, documentaries about the natural world and what was happening, what was going on, that was what made me decide to do something about it,” Thunberg told Attenborough.

“We don’t want to spend our time marching through the streets, but we have to.”

“We don’t want to spend our time marching through the streets, but we have to,” he added. “And you’ve shown very great bravery in doing that.”

Attenborough was asked by the BBC’s Mishal Husain if he had any advice for Thunberg for a lifetime of activism.

“It’s very difficult to know when you get that sort of degree of pressure, how long can you sustain it?” he responded. “How long can you go on saying the same thing with the same impact? And of course  you can’t. The first impact is a first impact.”

Attenborough warned that people could lose interest if the climate discourse becomes too repetitive.

“The impact of what Greta’s been saying is so powerful, you can’t expect that to happen, to continue for a month or six months or a year, unless you introduce some new element in everything. And that’s one of the problems that those of us concerned with awakening the world have to deal with,” he said.

Thunberg spoke about the platform she currently has and how she intends to use it — from shaming apathetic grown-ups in her historic U.N. Climate Action Summit speech to shutting down President Trump on Twitter, all eyes have been on Thunberg in 2019.

“But of course it is a problem with repeating things over and over again, but I mean, that’s what you need to do because they’re obviously not listening. And you need to repeat it until people get it. Until it is being understood,” she added.

A disturbing tally of the heat records that broke in 2019